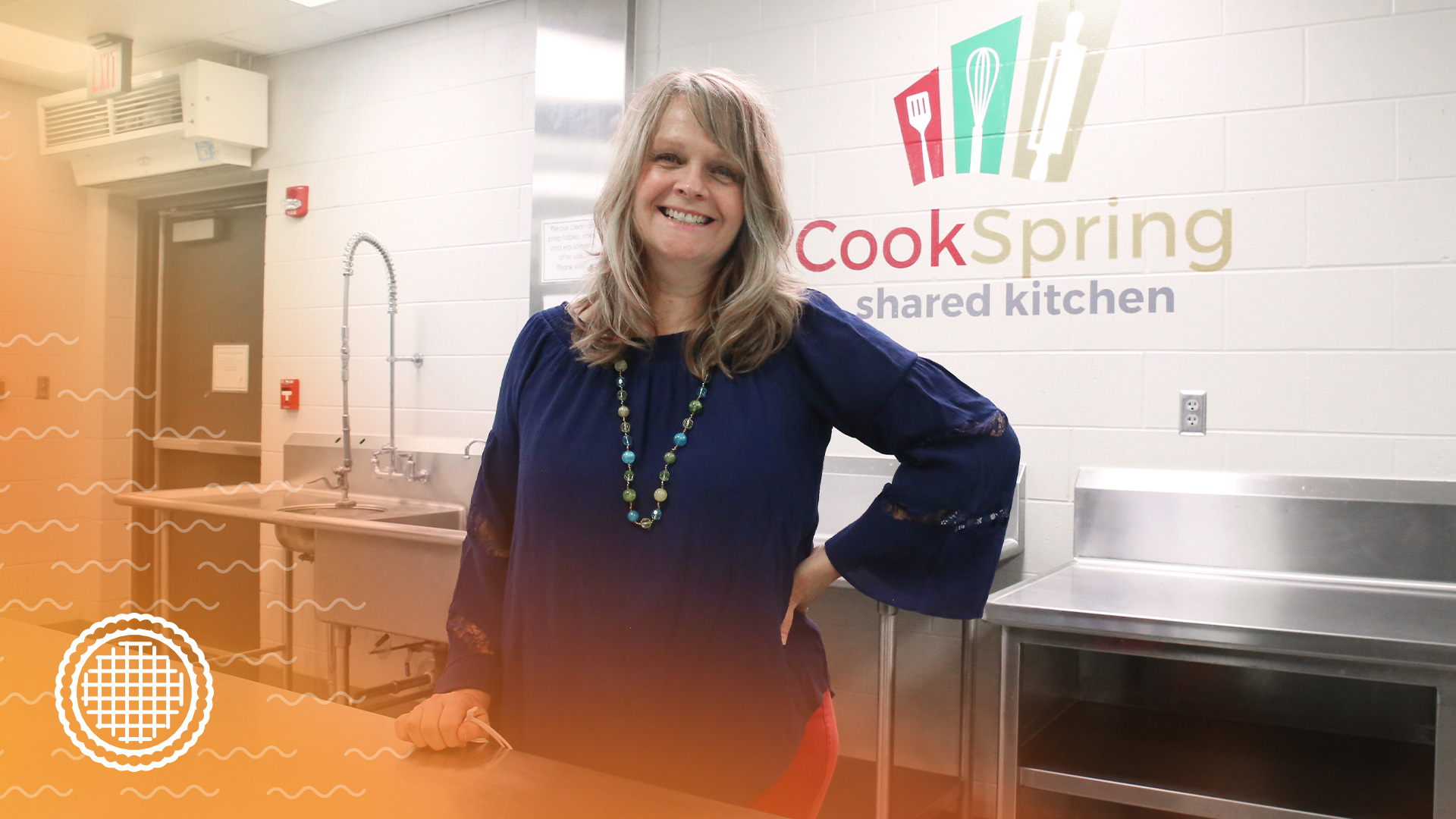 Homemade pie. If that brings to mind tempting smells and mouthwatering taste, you’re not alone. “Because pie is meant to be shared,” as the tagline for Bakerson Pie Co. says. Owner Angela Harrison credits her great-great-aunt for setting the baking standard she follows, but the recipes are hers. All of the pies are homemade and […]

Homemade pie. If that brings to mind tempting smells and mouthwatering taste, you’re not alone. “Because pie is meant to be shared,” as the tagline for Bakerson Pie Co. says.

Owner Angela Harrison credits her great-great-aunt for setting the baking standard she follows, but the recipes are hers. All of the pies are homemade and nothing is prefabricated. Even the fillings are from scratch.

“For us, it all goes back to process,” she said. To make the pies, she began her business in the commercial kitchen CookSpring, which she still uses and where she has found “the camaraderie and the collaboration [to be] invaluable resources.”

She sells pies through her retail website, through wholesale, and also at community events, such as farmers’ markets. But soon she’ll be selling them through a storefront, as well.

“We just finished setting up in a new location with another Fort Wayne business,” Harrison revealed. Bakerson Pie Co. will now have the same downtown address as Sassie Cakes, 1014 Broadway. The companies will remain separate entities, but the two entrepreneurs will share the space. “This past year has affected the way everybody thinks about doing business now,” she explained, “which includes looking at collaborations with other businesses.”

Grateful that her business has continued to be good despite the pandemic, Harrison said, “I’ve been able to build on the foundation I have, and I keep reaching new benchmarks. I just keep trying to discern the next best steps and then take them.”

One of the first steps she took as a beginning entrepreneur was to enter the Build Institute Fort Wayne business education program. “It was a great place to lay a foundation,” she said. “Once I had the big picture, it was easier to chart a course. It was also a helpful introduction to connecting with community resources.”

Harrison’s first Build session was at the Women’s Economic Opportunity Center (WEOC), an organization she has maintained a valued connection with ever since. “They’re a good resource,” she said. “The people offer networking and support for one another, and there’s a lot of mental collaboration, energy, and encouragement. There’s also a real benefit from being with other female entrepreneurs, having the common thread of being a business owner.”

Back in 2019, when she first enrolled in the Build Institute program, Harrison—who had spent years in the nonprofit world—actually had two business ideas in mind. One was the pie company, and the other was a think tank. Within the first two weeks, the business education she received at Build helped her decide which idea to pursue.

In describing herself as an entrepreneur, Harrison said, “I’m somebody who likes to fill in the gaps of what I see.” So, when she noted the scarcity of all-pie shops in Fort Wayne, she saw an opening for a new business. The happy result was Bakerson Pie Co., which continues to make “good pie, for good times with good people.”